During a lull in the YL SIG at IATEFL, I nipped out for a spot of window shopping in the boutiques of Brighton. By the time I had sneaked back to catch the end of the next session, 300-odd hard-thought-out reasons had supplanted the 300-odd hard-earned pounds I’d outlaid on the latest addition to my wardrobe, a nice new navy-blue suit.

For centuries, philosophers’ utopias were ruled by rationality and devoid of passion, for only then would people be able to make correct decisions and lead fulfilling lives. Plato’s image of a charioteer commanding runaway horses as a metaphor for reason subordinating emotion is attractive, but completely wrong. We humans are the most emotional animals of all. It’s how we are able to make decisions, and we are, for the most part, able to control them.

It’s like that with technology. Technosceptic Scott warns us that it can be all too easy to fall prey to a shiny new product and then convince others, and ourselves, of its worth. There must be a link between what this technology can achieve and why we would want this in the first place. The stronger the link, of course, the more dogmeists endorse it. I can’t find fault with this attitude.

Wordle is a case in point. As the inventor states, it was never intended to perform an educative role, it was merely the rather attractive result of some messing around with algorithms in his free time. But people like the images, they have an emotional impact on us, we want to find uses for them, and are grateful to teachers like Dave who have picked up the gauntlet to give us activities that, I’d say, do have value.

In fact, leaps of progress often come from unexpected sources. Accidents have more than their fair share of statues in the pantheon of human achievements, the mouldy antibiotic that became known as penicillin being perhaps the most famous example.

Creativity, a new idea, happens when several existing disparate ideas come together at the same time. Behold! a new connection, logical and obvious in hindsight, but if it were that easy, it would have been invented, or discovered, years before.

When you get a sound idea and integrate it with smooth technology, things can really catch on. The new language plant maker is designed with technophiles and technophobes in mind, and Surfing Brad will go “hey dude, this is cool, man”. But don’t worry – you won’t have to scratch your head and furrow your brow in a quest to unearth reasons to support its use in class. That’s what language plants are made for.

“The feeling is often the deeper truth,
the opinion the more superficial one.”
Augustus William Hare and Julius Charles Hare 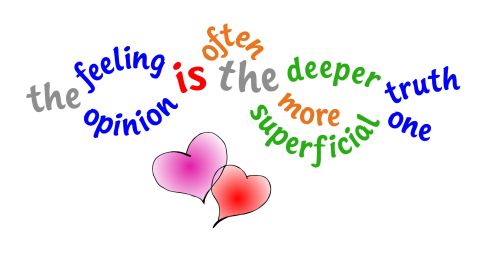 You are currently reading Technology, Dogme and language plants at language garden.